Would you give your nine-year-old child coffee? What about an energy drink? Most people would probably answer the first question with a clear “no,” however they might not be so sure on how to answer the second. But, did you know that the caffeine content of one energy drink is equivalent to that of three coffees?

At Casal dels Infants summer camp in Salt, Girona, the Gasol Foundation team educated the children and teenagers about the health risks associated with the regular consumption of energy drinks, specifically how they can affect growth and development.

A GROWING TREND AMONGST YOUNG PEOPLE

As explained by the nutritionist during the workshop, the growing trend amongst young people to drink energy drinks can have some very negative side effects on their health. Regular consumption of energy drinks can provoke an increased heart rate (tachycardia), high blood pressure, diabetes and sleep or behavioral disorders, such as aggressive conduct, violence, irritability, and hallucinations, etc.

This is a very real problem which currently affects millions of young girls and boys in Spain and the US.   According to the Spanish Healthy Safety Department, 68% of young people between the ages of 10 and 18 drink energy drinks.  In the United States, the consumption of these beverages has tripled in the last few years, and the tendency to mix these beverages with alcohol has been the reason behind many ER visits, according to data published in 2014.

Our goal during the workshop was to present the short and long term consequences of drinking energy drinks, highlighting the adverse effects which they can cause during such a critical stage in life for growth and development . We also covered the ingredients of these beverages, and proposed healthy alternatives to these drinks for giving us that needed energy boost for a sports practice or a long day of studying.

In fact, although these beverages are marketed as substances which increase both physical and mental abilities, in reality, they are substances with high concentrations of sugar, caffeine and taurine which cause a “rebound effect:” once the effects of the drink wear off, our bodies are actually even more tired than before.

We, at Gasol Foundation, recommend that if you are looking for an energy boost and want to avoid the adverse effects of caffeine and sugar, try a healthy drink alternative like a glass of water, a fresh-squeezed juice, or a fresh, whole fruit smoothie.  Your body will thank you! 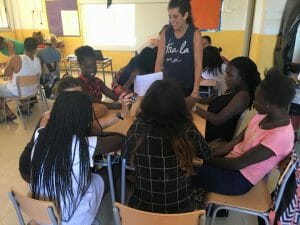 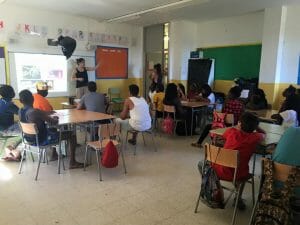 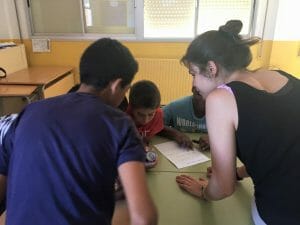 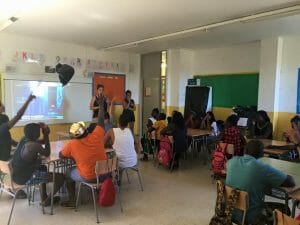 Pau Gasol and Marc Gasol will auction the sport shoes they will use at the 2014 Basketball World Championship .

Healthy Eating with the Senior Team of Basquet Girona