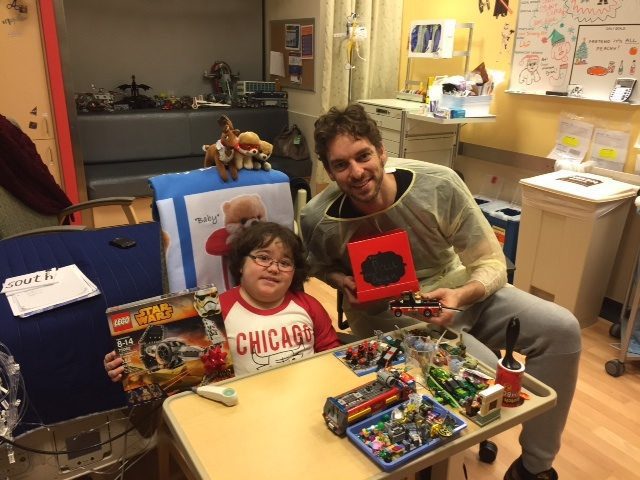 The Gasol Foundation is thrilled to announce that Pau Gasol has been nominated by the NBA for the 2014-15 Seasonlong NBA Cares Community Assist Award! Pau has been a long-term supporter of children’s rights to physical activity, healthy food, and emotional security.

Pau continues to work as an Ambassador to UNICEF helping to support children all over the world.

Pau also has spent the last year working alongside his brother guiding the creation and implementation of two Gasol Foundation programs, Vida! and L’Esport Suma, which aim to provide health and wellness outreach and enrichment education to children and parents in the US and Spain.

The winner of the award will be determined by an NBA panel of judges and by the fans, who can cast their votes on social media by using #NBACommunityAssist and #PauGasol (include both hashtags per post) on Twitter, Facebook and Instagram. The NBA and Kaiser Permanente will donate $25,000 to the winner’s charity of choice.

Voting:
In order to cast a vote, do the following:

The Gasol Foundation Participates In The Barcelona Magic Line 2015