St. Boi, Barcelona—Today marked the closing ceremony of alternative nighttime leisure activities via the VPK (Vente Pa’Ka’, ‘Come here’) program for the Fundación Marianao. Celebrated in St. Boi’s Mercè Rodoreda square, the event commenced in the afternoon with a sampling of Zumba dance and continued on with an awards ceremony.  Awards were presented to the champions of the various tournaments that had taken place throughout May and June from soccer, basketball and ping-pong, among others.

Pau Gasol, who is originally from St. Boi, took part in the festivities, delivering the first and second place trophies, as well as the award for the basketball league’s Most Valuable Player. Pau, along with his brother Marc, are co-founders of the Gasol Foundation. During the event, Pau expressed his commitment to the health of youth, highlighting the importance of initiatives like the VPK program, which promotes a healthy and alternative leisure amongst teenagers and kids. He said that the Gasol Foundation wants to contribute to healthier lifestyle for our youth. “It is a pleasure to be able to be a part of the work with St. Boi’s kids and teenagers through the activities programmed with the Fundación Marianao”, he said.

Gasol capped up the night’s celebrations by triggering the starting gun of the final event: Night On Wheels, which celebrates its fifth edition this year and it a 10km (6 mile) tour through the most iconic areas of the city of St. Boi. Participants roll on a variety of non-motorized vehicles including bikes, roller-skates and skate board.

Synergies for Education, Health and Sports in St. Boi

During recent weeks, the Fundación Marianano and the Gasol Foundation have collaborate on different ways to work together to promote health, education and sport for the youth of St. Boi. The Gasol Foundation has not only participated in the closing ceremonies for the VPK, but has also taken part in the summer ‘Country House’ of the Fundación Marianao, aiding them by supporting and promoting healthy habits for more than 150 kids and their families.

Some of the offered activities include Reiki, social theater, yoga, soccer and basketball leagues, swing dance, tae-kwon-do and salsa dance. This year, VPK completes its eight edition of the program, gathering more than 1,000 people between the ages of 15 and 35 from St. Boi and other nearby locations, every year. 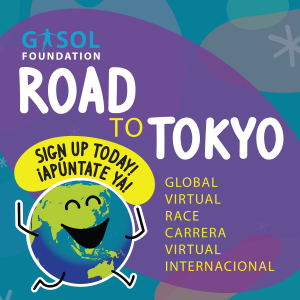